The Bark of the Tethered Dog and the Mechanism of Christianity 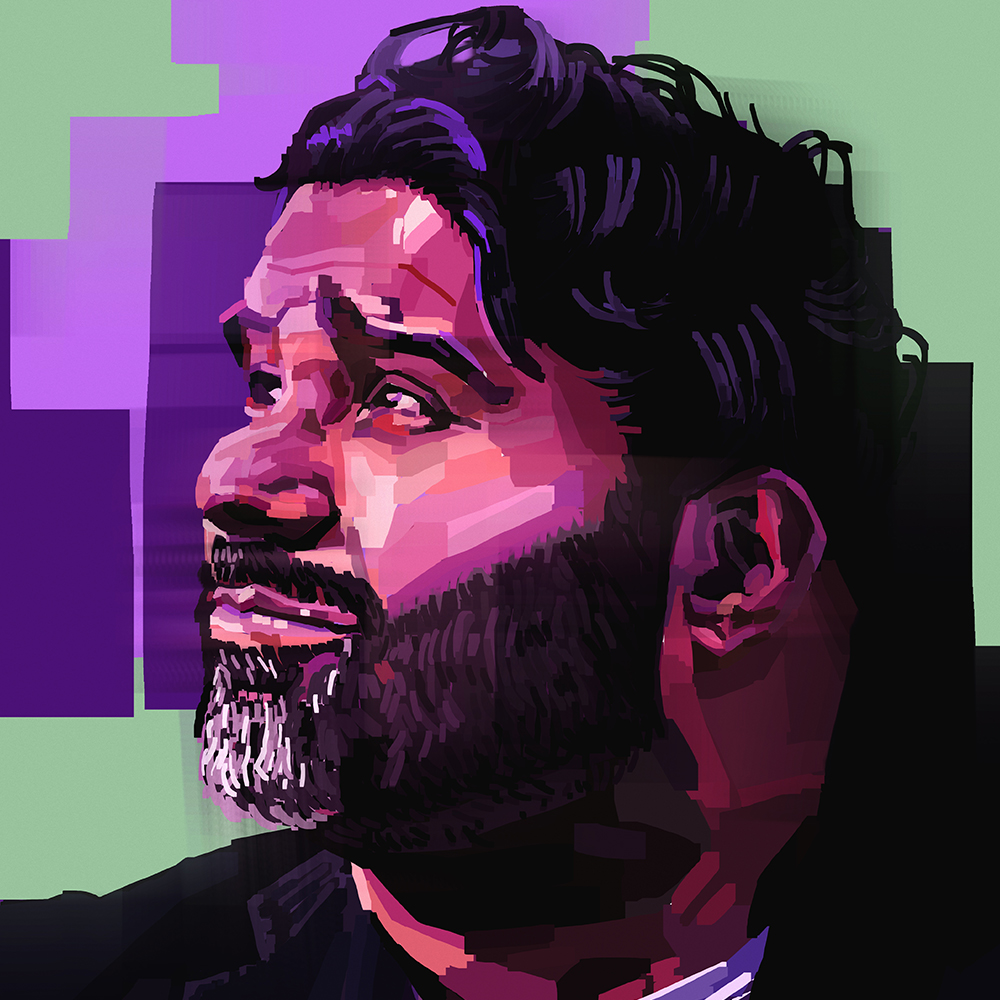 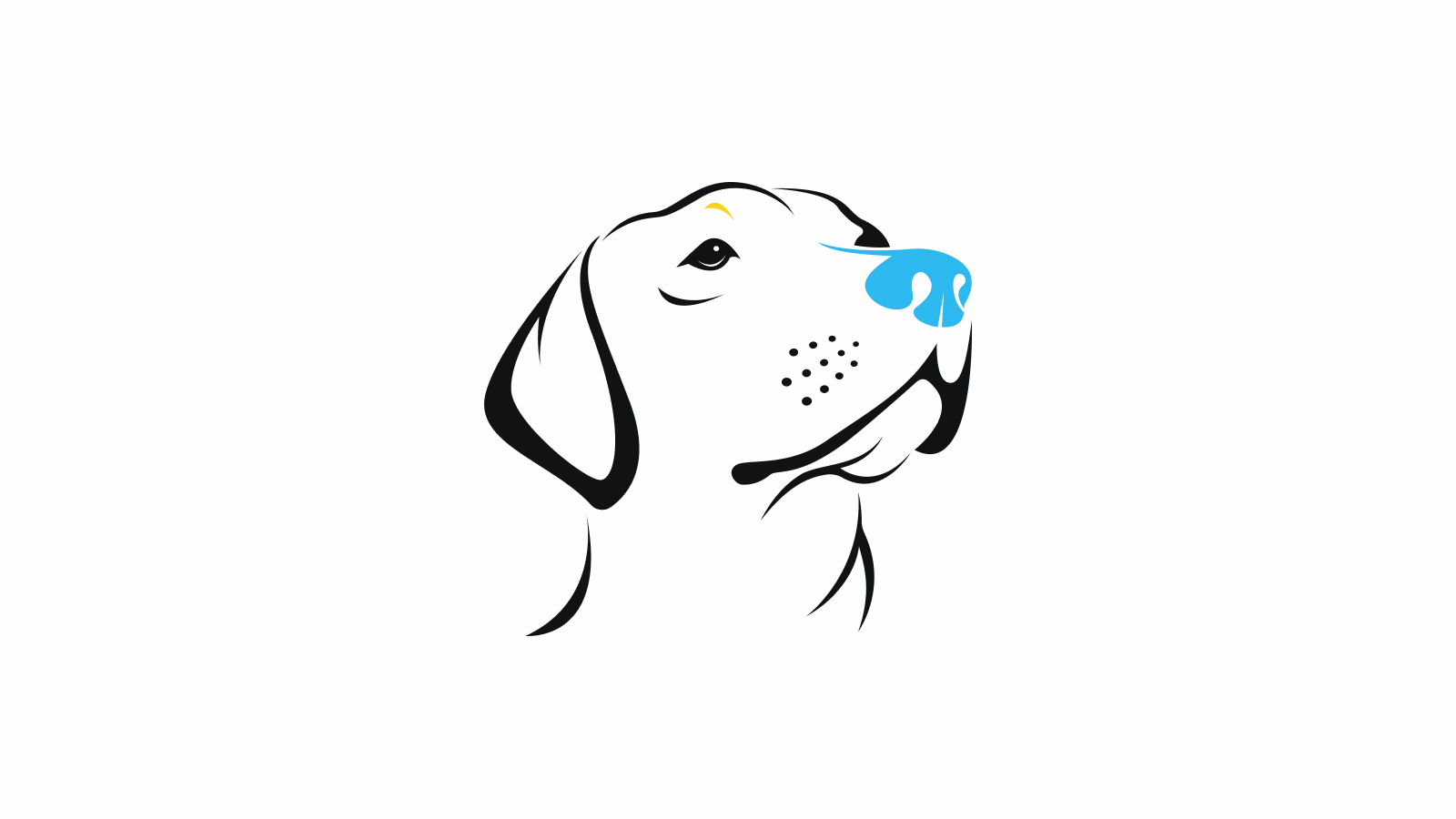 table of contents
Example H2
listen to this essay
Last updated on
August 25, 2022

I stepped out of the house, my hand on the handle as I shut the door behind me.

My eyes scanned the skies as I began my casual stroll across the street. It was a great day.

I needed to go pick up my car from the service shop that was a few blocks from my house. And so I walked.

I snuck my hand in my pocket to grab my phone, whipped it out, and swiped my index finger across the lockscreen in a dizzying pattern to unlock the phone.

I didn’t get it right on the first swipe. Or the second swipe.

But the third swipe was the charm. Unlocked.

I checked some emails I received in the morning while I continued my walk, noticing the large corner house and its ample lawn out from the corner of my eye. The grass was short and neat as it met the edges of the sidewalk.

I was still fixated on the words plastered across my phone’s screen when I turned the corner, pivoting as if I was tracing the outline of the neat, rectangular lawn with my stroll.

And then I heard it.

The pit bull thrust itself at me with its hind legs, barking at the top of its lungs, racing towards me. A chill went down my spine.

The dog roared as if it was protecting something sacred on that lawn as it darted towards me at full speed, saliva spilling from its mouth onto the grass. I lifted my arm to cover my face, turning away, expecting the worst.

And, then, the rope that tethered the dog to its post whipped loudly, holding taut as it limited the beast to the outer edge of the lawn.

I rose to my feet, brushed off the back of my shirt and stared at the belligerent dog.

I grinned a little. I was a block away from the shop. And I had almost been mauled to smithereens by an uncontrollable pit bull.

But the rope that tethered it made sure that the dog’s bark was bigger than its bite.

I’m compelled to write this post for several reasons. But the one that stands out most to me is the one that seems the most obvious.

I believe that, towards the top of this Universal List, what would be incredibly important and yet so often disregarded… is “forgiveness.”

And you might read that and shrug. Because you’ve done it. You’ve squashed all the beef you’ve ever had with anybody on earth. You’ve made peace with everybody who has ever wronged you in the past. Congratulations on this grand accomplishment.

For the rest of us, however, “being Christian” is a continual process. One that’s more about “emulating Christ” than it is about the running tally we have of Christian Conferences we’ve attended. Or the tweets during church that the cool speaker blew our minds away with. Or the blogs we’ve written. Or the songs we’ve led from on stage.

“Being Christian” is less about what we can do to show that we’re Christian than it is about actually being like Christ.

For a lot of us, our barks are louder than our bites.

We show face. We wear the label of “Christian” proudly on our sleeves. But we can’t bother to forgive the person next to us that really hurt us deeply the other day. The other week. The other month. The other year.

We are the tethered dogs that bark as if we have something sacred to share with the world.

But the rope holds taut and we aren’t nearly as effective as we’d be if we weren’t tethered to begin with.

The rope holding us back is not enough forgiveness.

He was sent to shift the world from a system dictated by recompense to one dictated by forgiveness. And He did this in the most effective way you could imagine.

There’s the dramatic Hollywood-esque scene in the garden. Jesus is hanging out with the disciples after His tearful, heartbreaking prayer to God when Judas marches in with his contingent of armed officers, police, and priests, ready to betray Him. Jesus walks up and asks who they’re after. The soldiers tell Him that they’re looking for “Jesus the Nazarene.” Jesus tells them to leave the disciples alone and take Him into custody if He is who they came for. Peter, seeing all of this, draws out His sword to protect his Teacher. He chops off the ear of one of the men in his haste to retaliate. And Christ reprimands Peter, acknowledging He’s ready to accept His fate. In the Book of Luke, it’s added that Christ proceeds to heal Malchus’s sliced ear before walking away for His interrogation and eventual death.

And there’s the compelling scene on the cross. Christ has been whipped, beaten, thrown upon a cross, and mocked. The crowd is in a frenzy, and still, His only concern is to ask God to “forgive them; for they do not know what they are doing.”

When the world expected retaliation, Christ responded with love. It was the opposite of what His wrongdoers deserved. And yet, He chose to forgive anyway.

Why is this important?

Because the drama of the gall with which the world expects us to react was diminished by the guts with which Christ responded to the world.

The guts of grace.

The guts of giving the other cheek.

The guts of taking our place.

The guts of God loving the world so much that He sent Christ to die for us in order for believers to not perish.

Because we were supposed to die forever instead!

The twist in the narrative is that we deserved none of this kindness. This love. This grace.

At the core, what made Christ who He was… was the grace that screamed:

“I know you don’t really deserve this and I know you’re probably just gonna treat me ungratefully afterwards, but I’m gonna forgive you for everything you’ll ever do anyway. Because I really, truly, absolutely am madly in love with you. So, I’m gonna take the fall for you instead.”

And that’s worth emulating.

Too many Christians dodge.

We dodge that coffee shop down the street because somebody that we used to know but we can’t forgive might be there.

We dodge that church event because bumping into the jilted lover we can’t forgive would be awkward.

We dodge that study session because we can’t forgive a friend of a friend who cheated on a friend who we’re really tight with.

We dodge because we can’t forgive.

If we can not forgive people, we are missing the most critical element of what it means to be Christian at all. The truth is that holding grudges and harboring resentment and reacting vitriolically have absolutely no place in the mechanism of Christianity.

Because Christ forgave us!

You can tweet all you want. You can Instagram all the awesome photos from meetings and photos of children smiling. You can go to all the mission trips you want. You can lead worship for 100 years. You can preach until the end of time.

But if you can not forgive the people that have done you wrong, you are an ineffective witness for Christ.

Because you are saying one thing and doing another.

Because you are barking at the world to let them know that there’s something sacred on your lawn, but the rope that tethers you will demonstrate that you’re not really up to this.

It’s time to rise up as a church and stop with the dodging. The grudges. The resentment. The vitriol.

It’s time to sit down with your brothers and sisters and forgive. Let them know you love them.

Forgiveness breaks the rope that tethers our witness.

I was at a retreat this past weekend, and I was burdened by guilt. And so I prayed. My heart broke. And I knew exactly what I had to do.

So, I let this person know that I finally forgive them for everything they’ve done to me. I was done with the years of dodging them outright. Of not talking to them. Of not being transparent.

Because I refuse to be an ineffective witness for Christ.

Not because they deserve your forgiveness. But, rather, because you didn’t deserve yours. ■

Why Does God Allow Evil?

Why Bethel Church and Off-the-Rails Charismatic Movements Worry Me

I Still Believe the 'Indian Church' Must Die